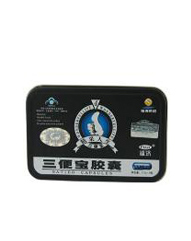 Satibo is touted a 100% natural male enhancement supplement, a potent energy agent said to combine “the ancient skills of traditional Chinese knowledge” with “state of the art manufacturing techniques” for producing a unique sexual enhancer. Satibo capsules are said to be used expansively in Asian countries and the Middle East, and reputed as rapidly gaining acclaim in Western countries.

This product contains ingredients such as Chinese yam, wolfberry, licorice, Job stears, gorgon fruit, and lily. It should be known that Satibo directly positions itself as a natural Viagra alternative, saying it has none of the side effects attached to the world-known prescription medication for erectile dysfunction (including headache, fatigue, and nausea). In addition, Satibo says it can cause rejuvenation, and benefits all age groups and even those who do not suffer from ED but want better lovemaking ahead.

Satibo is affordable and contains some ingredients that are well-reputed in traditional Chinese medicine. However, the real story is that it has been found to contain amounts of drug Tadalafil, which makes the lack of full ingredient disclosure really suspect. Furthermore, the manufacturer appears to have a shady and therefore less credible background than desired.

The lesson here is to go beyond the marketing pitch and to see if the product is what it really paints itself to be. While positioning itself as a drug-free and side effect-free alternative to Viagra, Satibo apparently contains amounts of a drug component, which it did not declare and instead distances itself from. Stay away if you value safety and quality – go for a more trustworthy supplement for male enhancement.